Fusion is committed to the physical and mental health and safety of you our clients and our team members. While our physical office is closed to help flatten the curve, our commitment stands strong: We are here for you

Post-It Art for Deadpool 2 Gets Featured by Ryan Reynolds 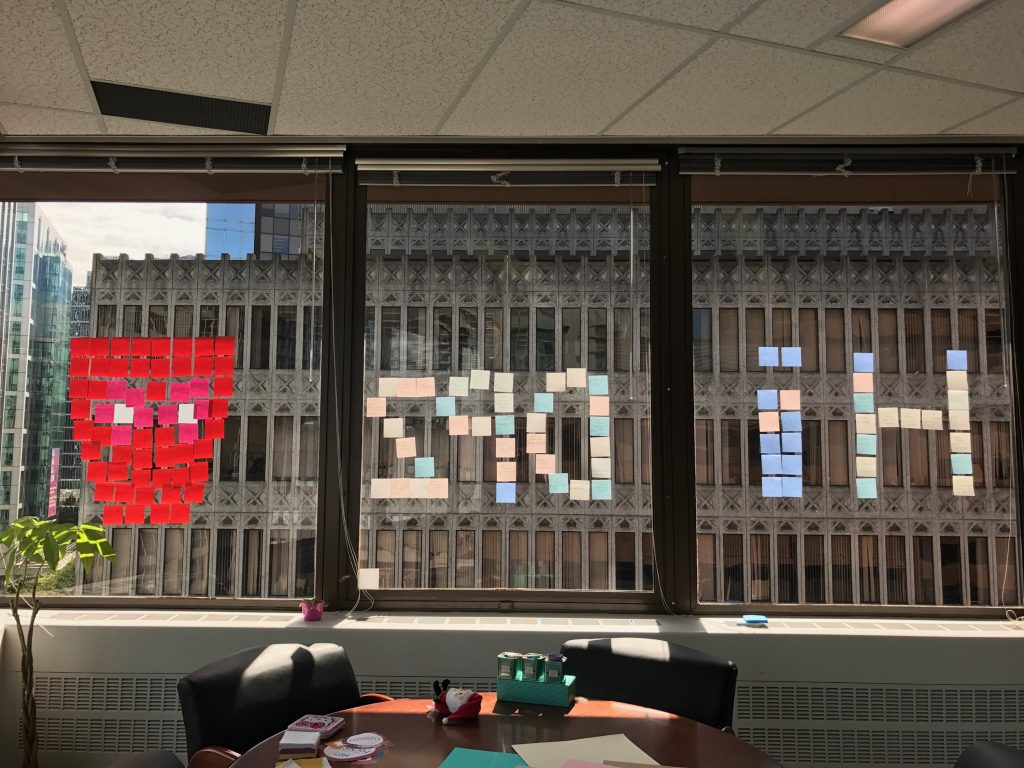 3 employees of a Vancouver creative agency caught wasting office supplies to attract the attention of the Deadpool’s casting crew and it worked!

Yesterday, we couldn’t help but notice Deadpool 2 filming on the rooftop right across from our office. With Josh Brolin shooting some action shots, we decided to say hi first by just waving at him. When that didn’t attract his attention, we used some post-it notes on our glass windows spelling “Hi”. With the whole crew being there, we decided to add “DP2” which stands for Deadpool 2 (DUH). As the scenes being shot started to progress, we wasted no time by using our red post-its to draw Deadpool’s face! Not only did that attract the crew’s attention, we got Josh Brolin laughing… let that sink in for a second, he was laughing, waving and just making sure the whole crew saw our work! They all found it hilarious and pulled out their phones to snap a photo of our artwork.
WATCH: Josh Brolin, as Cable from Deadpool, waving at creative agency’s employees
As their day came to an end, the whole Deadpool crew waved goodbye to us as they packed their things and left the location. Only a little short while after, we find out that Ryan Reynolds posted a photo of our masterpiece and office with a punny caption: “Note to self.”. Our day had just gotten a lot better, our efforts to attract the attention of our favourite local Hollywood actor have worked!
PS: None of us got in trouble with the boss.